In order to protect the health and safety of employees, staff, and students, all those who access Pasco County School locations must self-screen for symptoms and other risk factors of COVID-19 daily. If you answer YES to any of the questions, you should NOT be on a school campus or school district office. All three self-screeners – the Student Self-Screener, the Employee Self-Screener, and the Visitor Self-Screener – are accessible from the district’s COVID-19 protocols page and are posted on each school web page.

RRMS FAME Academy Showcase Student Spotlight: Theatre
Theatre Director, Mr. Grosso recognizes… Isabella Boytsan
Isabella Boytsan is an 8th grader at River Ridge Middle School and a member of Thespian Troupe 88135. Isabella is a hard working Thespian who manages not only to excel in her own rehearsal and performance, but keep up rigorous academics and help others when they need assistance. This semester she can be seen as the coffee addicted director in the hilarious Thespian Competition one act play All I Really Need to Know I Learned by Being in a Bad Play. She can also be seen performing a solo musical for competition from the hit musical Mack and Mabel called “Wherever He Ain’t.” Isabella creates characters that are fully realized working hard to bring life from the page to the stage, her choices as an actress are strong and she’s constantly working to improve her vocal and dance technique. She is not afraid to put herself out there, the mark of a true thespian! 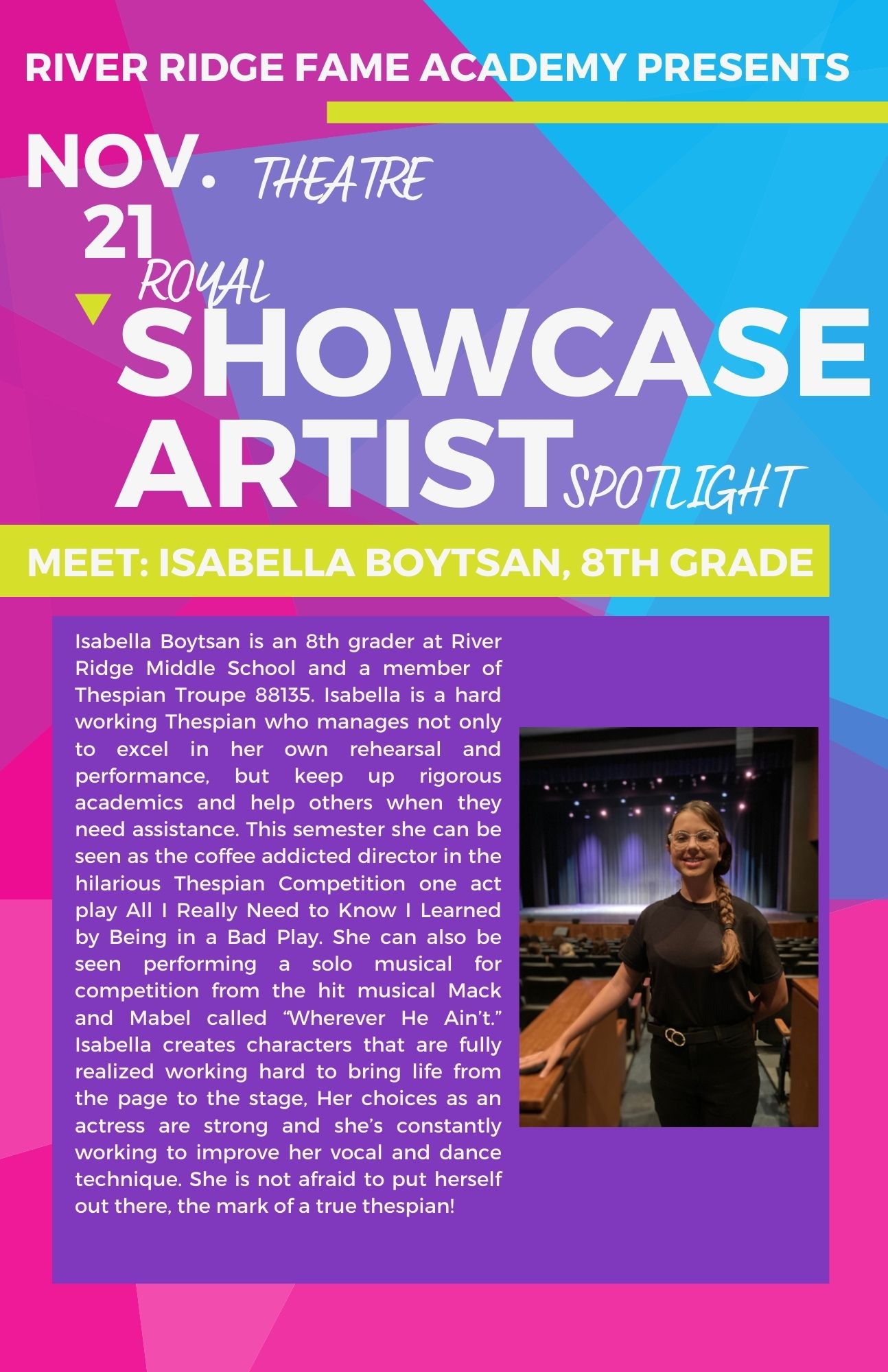